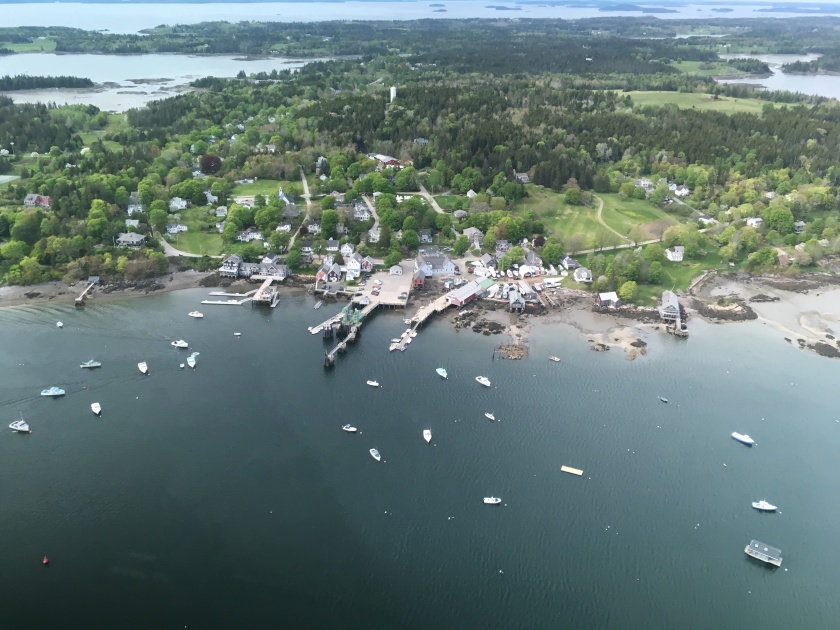 The Cessna Stationair motors along effortlessly as Jonathan, a frequent young passenger of mine, and I fly smoothly at just over a thousand feet above his neighborhood.  I look over at the young boy sitting next to me, his face uncharacteristically shows no emotion.  He’s unable to see out the window without the “booster” cushion he currently sits on, this cushion allows him to look down at the island where he lives much more easily.  I remember the first few times he flew with me he didn’t have the cushion, but he’s been using it the last half dozen times or so and I can tell he enjoys seeing the buildings, cars and whatnot.  What is odd this flight is his quietness, his lack of  emotion.  This puzzles me, I’ve noticed kids typically are unable to hide their excitement or apprehension when they are flying and Jonathan is always one of the children that enjoy it.  Not today, this little fella is apparently the master of the poker face–even at the tender age of six.

Perplexed, I ask him what he thought of flying with me in the airplane.  “So Jonathan, how do you like flying, isn’t this better than taking the ferry?”  He doesn’t say much for a few moments then I hear him through my headsets, “It’s fun, the houses look so small.”  He continues staring out the side window never looking over at me and acknowledging my presence in the seat next to him.  This is a response that sounds familiar, a common answer among children his age but he’s quiet again and now staring at the instruments on the panel in front of him as we pass over the school he attends.  Something must be bothering him I surmise, he would usually be looking out the window.

The needles dance in their cases and have the effect of hypnotizing their young prey–Jonathan seems captivated by the rhythmic movement and not interested in looking out the window anymore.  I continue flying the Stationair knowing that oftentimes children will suddenly grow quiet in the plane when they are hiding the first symptoms of airsickness.  Although today is not that bumpy I know kids are more susceptible to motion sickness, the medical reason escapes me but it’s not important, just knowing the signs is what’s most important.

I certainly have to address the possibility of him not feeling well so I ask, “Jonathan, are you feeling OK?  You’re awfully quiet.”  This time he peers up at me, “I’m not feeling bad, I’m just thinking.”  Thinking?  What could he possibly be thinking about besides flying when he is usually an excited young boy full of questions?  Intrigued by the thoughts of this six year old I ask him,  “What are you thinking about?”  Once again he is looking out the window and he doesn’t respond right away, continuing to stare intently at his schoolyard moving swiftly by below–then he looks at me and asks, “What would happen if I dropped bubble gum out of the window?  At school, Bobby said it will stick to a car or house, but I think it will just fly into the woods and be lost.”  I couldn’t help but break out with a smile and feel the relief of knowing I wasn’t going to be cleaning up any mess from Jonathan’s stomach.

Of course he caught me completely by surprise with this question and for a brief second I actually thought about telling him of Federal Aviation Regulation 91.15 which plainly states we cannot drop anything from the plane that might endanger ‘persons or property’ on the ground…but of course I didn’t.  Like any responsible adult I immediately removed the gum from my mouth and showed it to him.  He smiled knowing instantly what I was going to do as I rolled the gooey, sticky mess into a ball.  Thankfully he and I were the only ones on-board that sunny day so I gently banked the airplane back towards his school, specifically the playground.  I quickly reached over with my non-flying hand and opened the window on my side of the plane allowing the wind to whip into the cabin as it passed by the plane at nearly 140 mph.  The noise increased dramatically but our headsets allowed us to speak and hear easily as he watched me toss the gum out the window into the fast moving air.

Now for you naysayers reading this thinking I had lost my mind and should never have done something so silly…so dangerous…it was on a Sunday and there were no people anywhere near that schoolyard, but I still managed to throw it into the woods well short of the school–you know–to meet the all important regulation number 91.15.  Most importantly however, Jonathan knows in his six year old mind that I not only aimed for the slide where he and Bobby play during recess…I hit it.  In his mind let there be no doubt, it was a direct hit!  I mean I am an adult, I am the pilot-in-command of the plane and I told him I could do it, so therefore he knows it was done as advertised.

I reached over and closed the window returning the noise level in our ears to the steady hum we were accustomed to.  Jonathan was grinning ear to ear and not a word was spoken as we turned back towards the airstrip.  I’m sure he was still grinning on Monday morning when he and Bobby found that gum sticking to the side of the slide exactly where I told him it hit as we flew by at 140 mph.

Those two boys have a memory that will undoubtedly entertain them for quite some time and surely any adult they tell will think they are just telling stories as children do.  But this story is true right?  I mean the gum really was stuck firmly to the side of slide.  You don’t think anyone saw me did you?  You know, the next day when I stopped at the playground while delivering the mail and placed a wad of bubble gum on the side of that slide.  You don’t suppose someone saw that and is wondering to this day why some pilot in his mid-forties would take the time to pull into the school yard in the company van and place a piece of gum on the children’s play equipment?  Who in their right mind would do such an uncouth, unsanitary thing?

The gum wasn’t there on Tuesday morning. 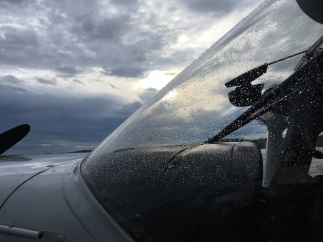 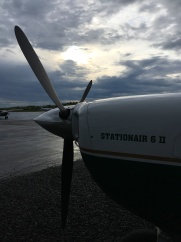 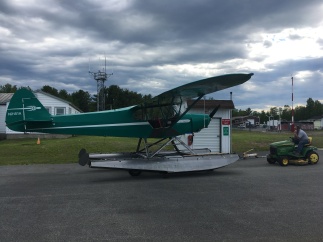 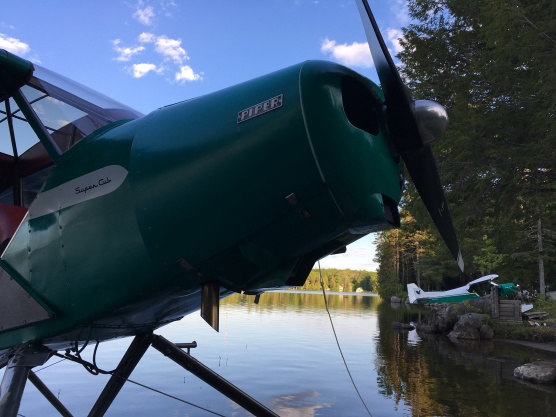 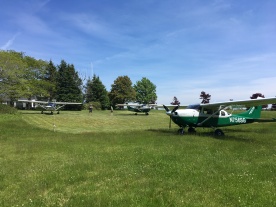 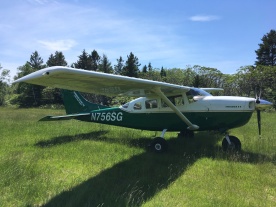 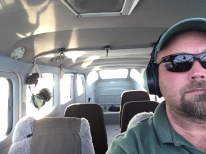 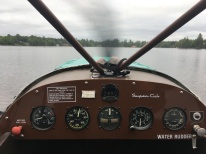 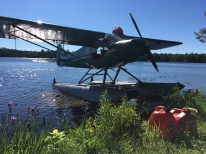 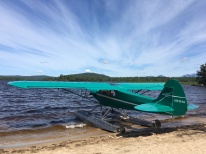